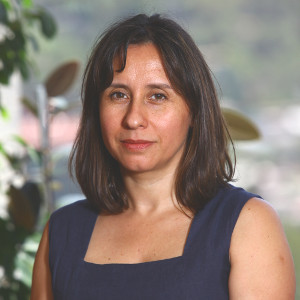 Ms. Belmar holds a JD from Universidad de Chile School of Law and a Master's Degree (LLM) from the Universidad de Alicante, Spain, in Intellectual Property and Information Society.

She has more than 18 years of experience in intellectual property, international negotiations, management of projects of public-private interest; and in drafting and approval of domestic laws for implementing international standards.

She worked at the Chilean Patent and Trademark Office - INAPI - as Deputy Director (2009-2018), turning INAPI into one of the most modern public agencies in Chile, and the 2nd most innovative worldwide Trademark Office awarded by the specialized magazine World Trademark Review. Prior to her role at INAPI, she worked at the Ministry of Foreign Affairs as Head of the Department of Intellectual Property, leading several of the intellectual property chapters of the Free Trade Agreements ​​signed by Chile between 2005 and 2009; which among others, resulted in seven bills submitted to Congress.

She has been guest professor in postgraduate courses, speaker in several international seminars; and was a member of the Commission for the Study of a New Commercial Code in Chile.

Publications: "Guidelines for Trademark Registration" (2010 and second edition 2018); "Appellations of Origin in Chile: development and future perspectives" (2016); and the "Intellectual Property Chapter” of the Guide on Free Trade Agreements of Chile: 10 years after the FTA with the United States (2015), among others.